We ALL battle this one so YOU might as well admit it and ask the Lord to help you!! 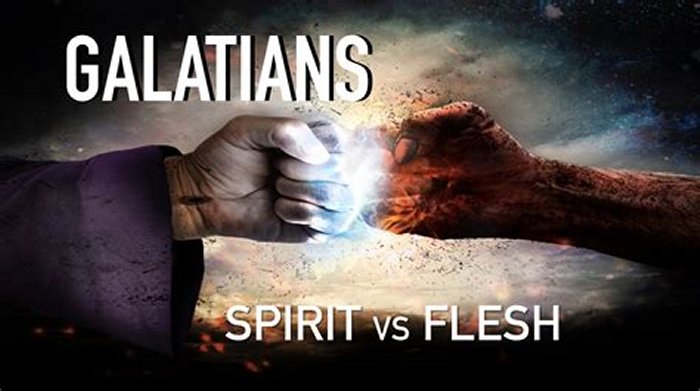 The word “Walk,” as used here, refers to the act of conducting one’s self, or ordering one’s manner of life or behavior.

The word “lust” refers to a strong desire, impulse, or passion, the context indicating whether it is a good or an evil one.

The word “flesh” refers here to the totally depraved nature of the person, the power of which is broken when the Believer is saved.

In these statements made by Paul, we notice that he puts upon the “Believer” the responsibility of refusing to obey the behests of the evil nature by conducting himself in the Power of the Holy Spirit and under His control. The will of the person has been liberated from enslavement to sin, which was his experience before Salvation, and is free now to choose to do the right thing. The Holy Spirit has been given to the Believer as the Agent to counteract the evil nature.

So how does the Holy Spirit work?

Is His Work in our lives automatic?

Is there any responsibility on the part of the Believer toward what the Spirit does?

These are just a few of the questions that characterize this subject.

The Holy Spirit, Who resides in the heart and life of every Believer (1st Corinthians 3:16), doesn’t require much of us, but He does require one thing. He requires Faith! However, the Faith which He requires must be placed in the correct object. That correct Object is always Christ and the Cross. It was at the Cross where the Lord Jesus atoned for all sin; consequently, the power of sin was broken, which means that Satan there lost his right to hold man in captivity and bondage.

If Satan holds man in bondage (and, regrettably, he does so with most of the world, and even most of the Church), it is simply because that man does not take advantage of what the Lord did for him at the Cross. The sinner can come out from under the bondage of Satan, if the sinner will only accept Christ.

The Believer can stay free of bondage, never allowing the Sin Nature to rule in his life, providing he maintains Faith in Christ and the Cross, which then gives the Holy Spirit liberty to work (Rom. 8:1–2, 11). Only then can the Believer successfully “walk in the Spirit.” Only then is he in a position where he will no longer “fulfill the lust of the flesh.” Source 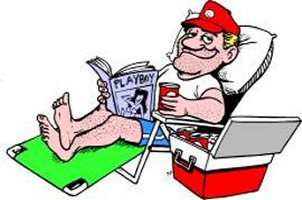 The lust of the eyes occurs when we see something visually that incites covetousness, jealousy, or sexual lust. The pride of life is the desire in every human being to be his or her own god. Arrogance, self-promotion, and greed all stem from the pride of life. The lust of the flesh is also one of the foes we fight.

When the Bible refers to “the flesh,” it can mean one of two things. The first meaning of the word flesh pertains to living beings on earth such as animals, birds, and people (1 Corinthians 15:39). But most often the Bible uses the word flesh to refer to the propensity to sin we possess in our earthly existence. Our sinful nature, dominated by sin and rebellion, is so closely tied to the physical aspect of mankind that it is called “the flesh.” Every human being is born of the flesh, the union between a man and a woman that produced another flesh-bound human. Desires that arise from being fleshly creatures in a fallen world can quickly become sinful lusts.

Desires that arise from the fact that we are earth-bound, fleshly creatures are not sins in themselves. We desire food, water, shelter, sex, and comfort. God created us with those desires. However, we are born sinful, desiring to please ourselves, regardless of God’s moral law (Romans 3:10, 12). When fleshly desires rule us, taking priority over God’s will, they cause us to violate God’s righteousness. They become lusts. For example, hunger propels us to find food. Eating is good. It is not sin. Jesus ate and drank when He was on the earth (Luke 24:42–43). But when hunger becomes a lust for food, it turns into gluttony, which is a sin (Proverbs 23:20–21). When natural sexual desires turn perverse, they lead to homosexuality, adultery, fornication, and other sexually related sins. Those are lusts of the flesh.

1st John 2:17 contrasts the lust of the flesh with its more desirable counterpart, pleasing God: “The world is passing away along with its desires, but whoever does the will of God remains forever.” In other words, if we follow the lust of the flesh, the lust of the eyes, and the pride of life, we cannot do the will of God, and therefore will not inherit eternal life (Matthew 7:21; 1st Corinthians 6:9–10; Galatians 5:19–20). Those who have been born again by faith in the sacrifice of Jesus will continually put to death the deeds of the flesh (Romans 8:12–14). We will not allow the lust of our flesh to control our lives; rather, we will choose to consider ourselves “crucified with Christ” (Galatians 2:20) so that we might live for the glory of God (1st Corinthians 10:31). Source