NO, the World needs to turn to Jesus who will SAVE them from their SINS!

Matthew 1:21 “And she shall bring forth a son, and thou shalt call his name JESUS: for he shall save his people from their sins.”

My first thought when I saw the headline, at WND, was this Luciferian fool has not read the Bible. Then as I pondered a bit , I  came to the conclusion that this hound of Hell does indeed know what the Bible says, just as her daddy the father of lies does, and is sending a message.

1st Peter 3:20 “Which sometime were disobedient, when once the longsuffering of God waited in the days of Noah, while the ark was a preparing, wherein few, that is, eight souls were saved by water.”

She knows that only 8 people were saved in the Ark, and the rest of the world perished! That is what she is saying. We Luciferians need a “symbolic ark” in which just a few of us enlightened ones are saved along with the animals and objects we worship!

These people are deceived and are worshiping the things that were created, and discarding the Creator who is God.

Romans 1:22-25 “Professing themselves to be wise, they became fools, 23 And changed the glory of the uncorruptible God into an image made like to corruptible man, and to birds, and fourfooted beasts, and creeping things. 24 Wherefore God also gave them up to uncleanness through the lusts of their own hearts, to dishonour their own bodies between themselves: Who changed the truth of God into a lie, and worshipped and served the creature more than the Creator, who is blessed for ever. Amen.”

If Lucifer can’t get them to worship him directly, he will devise a LIE, a scheme or movement that will!

2nd Thessalonians 2:8-12 “And then shall that Wicked be revealed, whom the Lord shall consume with the spirit of his mouth, and shall destroy with the brightness of his coming: 9 Even him, whose coming is after the working of Satan with all power and signs and lying wonders, 10 And with all deceivableness of unrighteousness in them that perish; because they received not the love of the truth, that they might be saved. 11 And for this cause God shall send them strong delusion, that they should believe a lie: 12 That they all might be damned who believed not the truth, but had pleasure in unrighteousness.”

Update 7/8: A brief pause to let you know of a VERY IMPORTANT book by Steve Quayle. TERMINATED: The end of man is here! I just received the book on Friday 7/6. Started reading the evening of 7/7 after I posted this. It is amazing how the Lord’s timing is perfect, and this book comes out just as these Devils meet at the Vatican to discuss the depopulation of the planet!

I am only 100 pages into this book and already Steve has laid out HOW these devils will be able to KILL OFF the vast Majority of Humanity, that is, if God allows it! 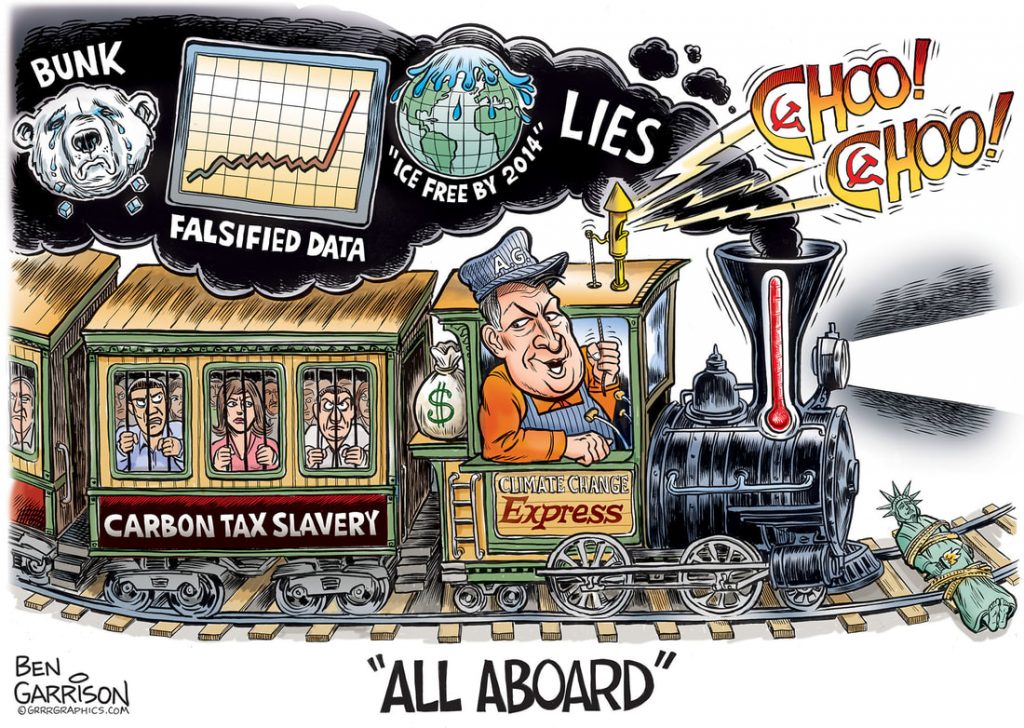 This is Agenda 21 and 2030, the Georgia Guide Stones. Global depopulation and the extermination of at least 90% of the world population, who were made in God’s image!  Their goal is to have no more than 500,000 left alive to be the serfs to the masters.

Sorry to disappoint Jezebel, but your boat ain’t gonna float! You and your Hounds of Hell will be defeated at the Battle of Armageddon. Revelation 16:16

This Harlot spewed her demonic agenda at the recent meeting the False Prophet, lover of Gaia, hosted in Rome at Mystery Babylon, the Mother Harlot!

Revelation 17:5-6 “And upon her forehead was a name written, MYSTERY, BABYLON THE GREAT, THE MOTHER OF HARLOTS AND ABOMINATIONS OF THE EARTH. And I saw the woman drunken with the blood of the saints, and with the blood of the martyrs of Jesus: and when I saw her, I wondered with great admiration.”

Climate Depot | Marc Morano – The UN climate chief, Patricia Espinosa, urged the world “to make the fundamental, transformative changes necessary” to fight “ global warming.” Espinosa delivered her speech on July 5 as part of Pope Francis’ climate summit at the Vatican. Espinosa, the Executive Secretary of UN Climate Change was part of the Vatican’s International Conference entitled “Saving our Common Home and the Future of Life on Earth.” See much more at Climate Depot

“If we truly want to make the fundamental, transformative changes necessary to combat climate change, perhaps what we need then is not a physical ark, but an ark of ambition for #climateaction,”

If we truly want to make the fundamental, transformative changes necessary to combat climate change, perhaps what we need then is not a physical ark, but an ark of ambition for #climateaction https://t.co/3pHuhymVNz My speech at the #laudatosi18 conference, today in the Vatican pic.twitter.com/eLwdnNkx7F

World Net Daily – A United Nations official is calling for an “ark” to save the world from global warming.

Patricia Espinosa, the executive secretary of U.N. Climate Change, was speaking at a recent conference at the Vatican hosted by Pope Francis.

The Vatican’s International Conference was titled “Saving our Common Home and the Future of Life on Earth.”

“If we truly want to make the fundamental, transformative changes necessary to combat climate change, perhaps what we need then is not a physical ark, but an ark of ambition for #climateaction,” she said on social media.

Figueres called for “centralized transformation” that will make things “very different” for life on the plant.

Espinosa said: “I want to begin by discussing a narrative that is common to many cultures and faith communities throughout the world. It’s the story of a great flood that took place long ago. While different cultures tell it in different ways, most outline how humankind not only had warning that rising waters were coming, but that those warnings were ignored. Now, let me be clear: I don’t propose we begin building an ark—at least not a physical one—but it’s hard to ignore some parallels with today. Every day we are seeing evidence of climate change and its devastating impacts on populations around the globe.”

She said climate change and the world’s response to it “raises larger questions about who we are, why we’re here, and where we’re collectively going.”

WND reported last year when Figueres was in Germany for a climate summit and laughed off questions about her call for a globally centralized planning structure.

Morano said he asked her about her message to President Trump and her own calls for a U.S. “centralized transformation” that “is going to make life of everyone on the planet very different.” See much more at WND

Pope Francis on Friday repeated his calls for governments around the world to take action to reduce global warming, warning that climate change is threatening to turn Earth into a pile of rubble.

“There is a real danger that we will leave future generations only rubble, deserts and refuse,” The Associated Press reported Francis said at a Vatican conference that marked the third anniversary of his environmental encyclical, “Praise Be.”

The AP noted that the “Praise Be” document was meant to prompt action at the 2015 Paris climate conference.

In addition to his warning, Francis also urged world leaders to honor the commitments made in the Paris climate accord — an agreement reached by 195 countries that sought to curb global greenhouse gas emissions through individual, nonbinding national plans. – READ MORE