“Alongside Canada, China, Vietnam, and both North and South Korea, the United States is one of only six nations in the world whose national law allows abortion at any point through the entirety of pregnancy…” -Family Research Council 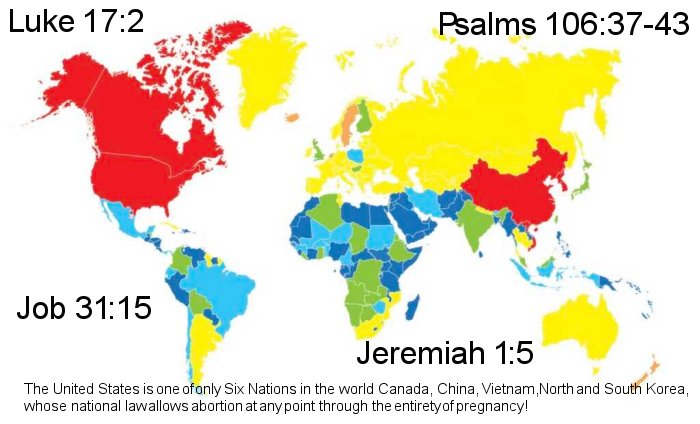 Faithwire.com A new report comparing abortion laws across the world found that American regulations are on par with the laws found in some of the most restrictive and diabolical regimes. (Screengrab image: via Family Research Council /Faithwire)

Last month, the conservative Family Research Council released a report titled “US Abortion Law in Comparison With the Globe,” and the results are pretty damning.

“Alongside Canada, China, Vietnam, and both North and South Korea, the United States is one of only six nations in the world whose national law allows abortion at any point through the entirety of pregnancy,” reads an FRC explainer. “The vast majority of nations restrict abortions at least to some degree.”

These regulatory revelations are stunning when juxtaposed against America’s hands-off approach to the abortion issue, particularly the policies that put the US on par with China and North Korea.

FRC also published a robust map that colorized the abortion laws in effect across the world, with that map visually highlighting these realities… Subscribe for free to Breaking Christian News here