Hebrews 12:8 “But if ye be without chastisement, whereof all are partakers, then are ye bastards, and not sons.”

The Biblical meaning of Bastard is this: The person is NOT one of God’s Children. He, or She, is Illegitimate and without Father God. Meaning that God has rejected them as His own because THEY have rejected HIS SON Jesus Christ as Lord and Savior! That folk’s is what sends someone to HELL, Not Sin! True Christians still Sin and they must ask the Lord for forgiveness for that Sin. 1st John 1:9

A person born to parents not married to each other, the Father is not known or has abandoned the family!

A person considered to be mean or contemptible.

A term used to describe someone who disregards other people in pursuit of their own self-interest. Usually includes the acts or act of lying, spreading mis-information, covering one’s own ass at the expense of others. BTW, “ASS” is in the Bible too! 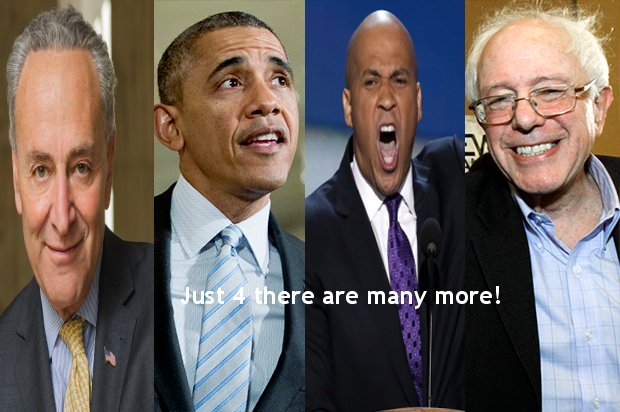 In the English law, a bastard is termed “nullius filius.” Illegitimate children are usually abandoned by their father. The care of them is left to the mother, and the father endeavors to avoid all responsibility, and usually to be concealed and unknown.

Is Bastard a curse word?

Ephesians 4:29 “Let no corrupt communication proceed out of your mouth, but that which is good to the use of edifying, that it may minister grace unto the hearers.”

I depends how the word is used. Swearing is a concept which implies the use of a word not the word itself.

The word ‘bastard’ simply means a person of unknown parentage. During history inheritance and lineage has been important so to to imply that a person had no lineage would be seen as an insult. Source

Hebrews 12:6–8 “for whom the Lord loves He chastens, and scourges every son whom He receives. If you endure chastening, God deals with you as with sons; for what son is he whom the father chastens not? But if you be without chastisement, whereof all are partakers, then are you bastards, and not sons”

In order to fully understand what the Apostle Paul was saying, we must look at the CONTEXT!

1. The words, “chasten” and “chastisement,” do not carry the idea of punishment, but rather of corrective measures, which drive the person to the Lord, with the Holy Spirit then correcting the situation, which He Alone can do.

2. The problem is sin, even as the problem always is sin (Hebrews 12:4). To be sure, the Holy Spirit will not rest until the problem is solved, ever how long it takes, and ever how severe the chastening has to be.

3. The Believer is not to despise “the chastening of the Lord,” but rather understand its necessity.

5. In the chastening process, which will never end until either we die or the Lord comes, we may be assured that the Lord is dealing with us, not as sinners, but as “sons.” So that means that the chastening is always guarded by love.

6. If one claims the Lord, and there never seems to be any chastisement, that’s a perfect sign that the person is really not saved. The Holy Spirit is blunt in his assessments. These people are “bastards, and not sons.”

You had better find out EXACTLY who is a Child of God, and who your brother or sister in Christ really is!

Who is a Child of God?

8. Admittedly, chastening is not joyous, but rather grievous; however, we can rest assured that it will ultimately “yield the peaceable fruit of Righteousness unto them which are exercised thereby” (Hebrews 12:11).

“But if ye be without chastisement, whereof all are par-takers, then are ye bastards, and not sons.”

1. Every true Believer is a partaker of chastisement.

2. Freedom from discipline is not evidence of a privileged position. Rather the re-verse is true. Such individuals are bastards – “not sons.”

3. Sadly, the far greater majority of professed Christendom falls into this latter category.

The phrase, “But if ye be without chastisement,” presents a fearsome prospect. Some may ask the question as to how we are to recognize chastisement, which is always from the Lord, from normal negative consequences which sooner or later come to all unbelievers?

First of all, if the person is truly a Christian, to be sure, they will truly know. As a Believer, we have a relationship with our Heavenly Father. And to be sure, that relationship is strong. It is so strong in fact, that the Holy Spirit will constantly warn us as it regards wrong direction or improper conduct. And when the correction comes, as sooner or later it will with all, it will be very recognizable by the Saint of God. In fact, it will be just as recognizable as it was when we were children and were corrected by our earthly fathers, even as the next Verse proclaims.

The phrase, “Whereof all are partakers,” pertains to all who are Believers. Some have asked the question if sickness is a part of chastisement?

Not necessarily so, but it definitely can be. The human body ages and ultimately wears out, that is if the Lord allows us to live that long. That’s not chastisement, as should be obvious. And as well, there are millions of Christians who suffer some type of physical disability, and it’s not chastisement, but then again, sickness can definitely fall into the category of chastisement. If such be the case, I definitely think that the Believer would understand the origin.

The Church has been so messed up in the last few decades from the “faith teaching,” which in reality is no faith at all, that any more, it hardly knows where it’s been, where it is, or where it’s going. And as with all false doctrine, the situation if not corrected, will only get worse (Gal. 5:9). And how can it be corrected?

The Church must come back to the Cross. This is its true foundation, and as such, if the foundation isn’t right, nothing else is right.

The phrase, “Then are ye bastards, and not sons,” proclaims a very strong statement, as should be obvious.

“Bastards” in the Greek are “nothos” and refers to “one born of a slave or a concubine, or of the illegitimate in general” The point is they are not heirs, not members of the family. For them the father feels no responsibility. As we’ve already stated, their from discipline, and I speak of Christians, is not evidence of a position, but rather the very opposite.

Some time back, particular individuals were mentioned to me who were living in obvious sin, but yet seemed to suffer no ill effect, despite the fact that such going for many years.

Of course, I’m not the judge, However I answered the Brother in this vein: “Despite their profession of Christianity, quite possibly they’re not actually sons, but bastards!”

The reason they suffer no chastisement despite their lifestyles, is simply because they don’t belong to the Lord. To be sure, if they belonged to Him, even as this text plainly says, they would be partakers of chastisement in some form.

It is said that approximate people in the United States profess Christianity. The true number of those who are actually saved, is far, far less. While God alone knows that number, the lack of fruit in most lives gives a pretty good indication they really are, despite their claims. Source: Jimmy Swaggart Bible Commentary