With all that is happening in the world today some say we must pick and choose what we fight for. The attack on Christianity, The current frenzy over Gun Control, The take over by the Communist Democrats doing all they can to remove President Trump, The rising Police State, The Wars and Rumors of Wars, Pedophilia and Homosexuality becoming the norm, ….. the list goes on and on.

It is more important right now, since the pandemic started, that you do something.  YOU WILL REGRET IT IF YOU DO NOTHING!!

Most people are selfish and have the attitude that it does not affect me so I wont worry about it. But it ALL affects you no matter if you think it does or not. If you are one of those folk who stands on the sidelines, are an arm chair quarterback, I have a little story for you that I hope will get you off the sidelines and out of the chair.

The Author of the story is unknown to me but whoever penned it credit is given. 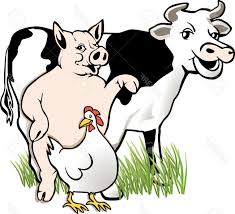 The chicken clucked and scratched, raised her head and said, “Excuse me, Mr. Rat, I can tell this is a grave concern to you, but it is of no consequence to me. I cannot be bothered by it.” So.. the Chicken returned to clucking and scratching.

The rat turned to the cow. She said, “Like wow, Mr. Rat. A rat trap. I am in grave danger. Duh?” How will a rat trap affect me? And she returned to leisurely grazing on grass.

So the rat, head down and dejected, returned to the house to face the farmer’s rat trap alone. That very night a sound was heard throughout the house, like the sound of a rat trap catching its prey.

The farmer’s wife rushed to see what was caught. In the darkness, she did not see that it was a venomous snake whose tail the trap had caught. The snake bit the farmer’s wife. The farmer rushed her to the hospital.

She returned home with a fever. Now everyone knows you treat a fever with fresh chicken soup, so the farmer took his hatchet to the farmyard for the soup’s main ingredient, the CHICKEN.

His wife’s sickness continued so friends and neighbors came to sit with her around the clock. To feed them the farmer butchered the PIG.

The farmer’s wife did not get well. She died, and so many people came for her funeral that the farmer had the COW slaughtered to provide meat for all of them to eat.

So the next time you hear that someone is facing a problem and think that it does not concern you, remember that when there is a rat trap in the house, the whole farmyard is at risk.

I and many others are like the Rat. We are screaming as loud as we can about the trap in the house and many of YOU are Pigs, Chickens and Cows going about your daily routine not caring what could happen to the Rat.

get off your A$$ and do something about these tyrants running the government, All of us will end up on the dinner plate.

You can’t just sit there and let the person next to you speak up. They are waiting for you to do it. Don’t be afraid of what people think of you, it doesn’t matter one bit in the end. Let them call you a racist, a Homophobic, an Anti-Semite, Conspiracy Theorist, Tin foil hat nut, ETC…. it does not matter!! What does matter is you raise your voice, turn the light on and flush these cockroaches out into the open.

“Evil triumphs when good men do nothing”

2nd Corinthians 14-15 And no marvel; for Satan himself is transformed into an angel of light. Therefore it is no great thing if his ministers also be transformed as the ministers of righteousness; whose end shall be according to their works.