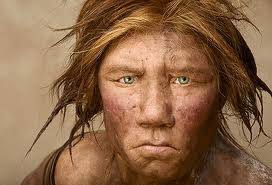 Ancient human genetic material harvested in Alaska has been cited by two creation researchers as corroborating evidence of scripture’s claim humans migrated en masse from the Tower of Babel.

A study published Jan. 3 in the journal Nature claims DNA extracted from the remains of an infant girl buried in central Alaska suggests an ancient migration of people from East Asia, across a frozen land bridge, to North America. After scientists extracted the DNA, they dated it to approximately 11,500 years ago, according to common evolutionary dating methods, and discovered commonalities between the harvested genome and the DNA of modern Native Americans.

Researchers also found the ancient infant girl had ancestors in East Asia some 35,000 years ago according to evolutionary dating methods. The finding marks the second oldest human genome ever discovered in North America, possibly connected to those who fled the Tower of Babel

Read about it here.