Fee-Fi-Fo-Fum. They are coming out of Hibernation!

Saw this while browsing the days news. This video was supposedly taken in 2006. I wonder how many more of the Giants have come out of “Hibernation” since then?

Genesis 6:4 There were giants in the earth in those days; and also after that, when the sons of God came in unto the daughters of men, and they bare children to them, the same became mighty men which were of old, men of renown.

H/T Intellhub – What appears to be a giant man was captured on video in Northern Afghanistan in a region known to be home to so-called ‘giants’ or ‘Anunnaki’ in both modern and ancient stories.

A video published on YouTube in the winter of 2006 reveals what appears to be an eight-foot-tall man standing on the side of the road next to another young man who appears to be only two-thirds the height of the giant.

Here is a screen shot of the man and giant standing together as the car goes by real quick. 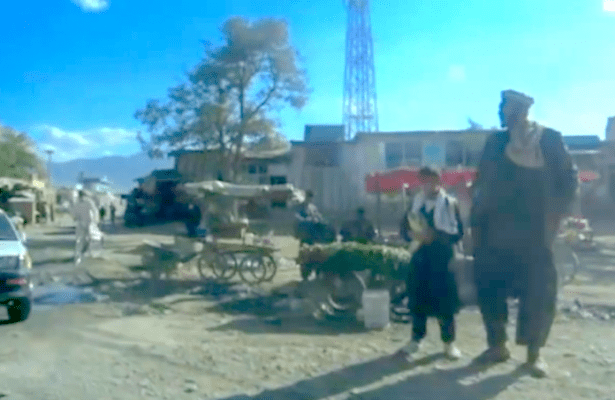 Another video of a “Giant Nephilim soldier in our military”

For the ultimate information about the Giants bar none, you MUST see all the information that Steve Quayle has amassed

Genesis 6 Giants – The Truth is too Strong to Ignore