It is time folks to stand up to these Atheists/Satanists and fight them in the Courts, but more so in the Spirit Realm!  The Powers of Darkness, the Principalities, Powers and Spiritual Wickedness in High places  is the problem and we need to engage the Enemy in Warfare Prayer!

2nd Chronicles 7:14-16 “If my people, which are called by my name, shall humble themselves, and pray, and seek my face, and turn from their wicked ways; then will I hear from heaven, and will forgive their sin, and will heal their land.15 Now mine eyes shall be open, and mine ears attent unto the prayer that is made in this place. 16 For now have I chosen and sanctified this house, that my name may be there for ever: and mine eyes and mine heart shall be there perpetually.” 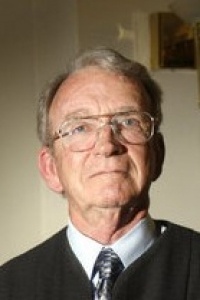 Heather Clark  –  OCALA, Fla. — A federal judge appointed to the bench by then-President George W. Bush has ruled that a Florida city and its police department violated the Establishment Clause of the U.S. Constitution by hosting a community prayer vigil to combat a crime crisis within the municipality. He said the infringement existed because the government conducted the event as opposed to a private party.

“In sum, under the Establishment Clause of the First Amendment to the United States Constitution, the government cannot initiate, organize, sponsor, or conduct a community prayer vigil. That is what happened here,” wrote U.S. District Judge Timothy Corrigan on Thursday.

“Yet, the same event in private hands would be protected by the First Amendment,” he said. “In this way, the rights of all citizens—religious and non-religious—are preserved.”

As previously reported, the American Humanist Association (AHA) had sued the City of Ocala and the Ocala Police Department in November 2014 two months after it held the vigil, asserting that the event “had the effect of favoring and promoting theistic religion, particularly monotheistic religion, over non-theistic religion and beliefs.”

It expressed unhappiness with the City’s part in the prayer vigil even before it took place, beginning by objecting to a letter that Police Chief Greg Graham had posted to social media and on the department’s website.

“We are facing a crisis in the City of Ocala and Marion County that requires fervent prayer to show unity and help in this senseless crime spree that is affecting our community,” Graham’s letter read. “I am urging you all to please support the very important ‘Community Prayer Vigil’ … to be held in our Downtown Square located in the heart of the city.”

AHA contacted Graham to demand the removal of the invitation, but he refused. Mayor Kent Guinn stood by Graham.

“There is nothing in the Constitution to prohibit us from having this vigil,” he allegedly wrote in response to one complaint. “Not only are we not canceling it, we are trying to promote it and have as many people as possible to join us.”

Therefore, the prayer gathering went forward, which generated several hundred attendees. According to AHA, some speakers included officers with the Ocala Police Department, who “preached Judeo-Christian religion to the crowd in a style consistent with revivalist and evangelical religion and participated in religious worship, praising God, calling for God’s assistance, and encouraging verbal participation and responsive chanting from the crowd.”

AHA consequently sued the City and police department, seeking an injunction against government involvement in, or promotion of, further religious events. The City sought to have the lawsuit dismissed, but U.S. District Court Judge Philip Lammens, nominated to the bench by then-President Barack Obama, rejected the request.

“The First Amendment prevents the government, in its effort to protect religious freedom, from carrying on government sponsored religious activity,” he wrote. “As ‘the quintessential religious practice,’ the state cannot advance prayer activities without the implication that the state is violating the Establishment Clause.”

Therefore, the case moved forward in court. AHA argued that the event made those of other religions and those devoid of belief feel excluded from participating.

“In addition to excluding observant Jews [celebrating Rosh Hashanah at that time], local atheists felt ostracized by the city’s prayer vigil,” one legal brief read. “Considering that Mayor Guinn conceded that the vigil was intended as a means to use prayer to solve the crime problem, non-believers, including the plaintiffs, understandably felt
that they were unable to participate. Consequently, Ocala Atheists, a local group, peacefully protested.”

On Thursday, Judge Corrigan sided with the humanist group, stating that even though the event was meant to address concerns over the wave of crime in Ocala, because it was an overtly religious gathering, the City was not permitted to be involved.

“That the chief’s original purpose in convening the group was to combat crime, that the Facebook letter discussed the recent crime spree, and that uniformed police officers, including the Chief, may have engaged various members of the crowd for that secular purpose, does not derogate from the overall religious nature of the event,” he wrote.

Corrigan also ruled that Chief Graham’s letter was violative of the Constitution because it “entangled” the government with religion, and that the involvement of the police department in other ways was also impermissible.

“[A]n invitation by a city police department encouraging the community’s attendance at a prayer vigil entangles the government with religion,” he wrote. “Given the additional involvement of the Ocala Police Department chaplains in organizing and participating in the event while wearing their Ocala Police Department uniforms, the entanglement was excessive.”

Read the ruling in full here.

AHA cheered the decision, remarking in a statement, “Police departments shouldn’t be endorsing religion, yet that’s exactly what the Ocala Police Department did here by sponsoring and promoting a prayer vigil,” said David Niose, AHA legal director. “We hope this ruling ensures that prayer rallies in the future will be run by churches, not police departments.”

However, in a 2017 10th Circuit ruling surrounding an unrelated case that hinged on the Establishment Clause, two dissenting judges opined that the clause is being misconstrued by the court system.

This began in Europe, “the continent of origin for most American colonists,” he outlined. “[E]ach country had long established its own state church—a generalized version of cuius regio, eius religio—over which each government exercised varying degrees of control. Germany and Scandinavia had official Lutheran establishments; Holland, a Reformed state church; France, the Gallican Catholic Church; Ireland, the Church of Ireland; Scotland, the Church of Scotland; and so on.”

“After the Revolution, some things changed. The Church of England was disestablished, if only because Americans could not have as head of their church the King of England from whom they had just gained independence,” Kelly explained.

However, “[t]he majority of … states … continued their practices of establishment. Vermont, Connecticut, New Hampshire, and Massachusetts required citizens to pay taxes to support a (Protestant) church or religious institution, but provided some freedom as to how citizens could direct those funds. … Even states without official churches aided and promoted religion, and most had religious qualifications for holding office.”

Therefore, the Establishment Clause of the U.S. Constitution regarding “respecting an establishment” only referred to preferring one state establishment over another, and only applied to the federal government, not the states.

“From the words of the text, though, two conclusions are relatively clear: first, the provision originally limited the federal government and not the states, many of which continued to support established churches; and second, the limitation respected only an actual ‘establishment of religion,’” Kelly explained.

Additionally, throughout America’s early history, a number of the Founding Fathers issued proclamations calling inhabitants to prayer, including in 1798, when President John Adams proclaimed a national day of humiliation, prayer and fasting.

“As the safety and prosperity of nations ultimately and essentially depend on the protection and blessing of Almighty God, and the national acknowledgment of this truth is not only an indispensable duty which the people owe to Him,” he wrote, “…this duty, at all times incumbent, is so especially in seasons of difficulty and of danger, when existing or threatening calamities—the just judgments of God against prevalent iniquity—are a loud call to repentance and reformation.”

“[I]t is the duty of nations as well as of men to own their dependence upon the overruling power of God, to confess their sins and transgressions in humble sorrow, yet with assured hope that genuine repentance will lead to mercy and pardon; and to recognize the sublime truth, announced in the Holy Scriptures and proven by all history, that those nations only are blessed whose God is the Lord,” his proclamation read.

“[I]nsomuch we know that by His Divine law, nations like individuals are subjected to punishments and chastisements in this world, may we not justly fear that the awful calamity of civil war, which now desolates the land, may be but a punishment inflicted upon us for our presumptuous sins, to the needful end of our national reformation as a whole people,” Lincoln said.