Lunatic Professor wants Pedophiles to be Referred to as MAP’s

For the True Christian, Please pardon the long Scripture quote. But the Reprobates that are sure to come here need a dose of the Word of God!

Romans 1:21-28 “Because that, when they knew God, they glorified him not as God, neither were thankful; but became vain in their imaginations, and their foolish heart was darkened. 22 Professing themselves to be wise, they became fools, 23 And changed the glory of the uncorruptible God into an image made like to corruptible man, and to birds, and fourfooted beasts, and creeping things. 24 Wherefore God also gave them up to uncleanness through the lusts of their own hearts, to dishonour their own bodies between themselves: 25 Who changed the truth of God into a lie, and worshipped and served the creature more than the Creator, who is blessed for ever. Amen. 26 For this cause God gave them up unto vile affections: for even their women did change the natural use into that which is against nature: 27 And likewise also the men, leaving the natural use of the woman, burned in their lust one toward another; men with men working that which is unseemly, and receiving in themselves that recompence of their error which was meet. 28 And even as they did not like to retain God in their knowledge, God gave them over to a reprobate mind, to do those things which are not convenient;”

That is also why I expanded LGBT to LGBTQPXYZ to include Queers and Pedophiles. I even secured the domain with it!  XYZ is for the other Perverts that will come up so the acronym does not have to be expanded out to the whole of the alphabet and the Greek too!

Paul Watson | Summit News – A “non-binary” associate professor at Old Dominion University has called for the “stigma” of pedophilia to be ‘delegitimized’.

The Prostasia Foundation, a registered 503c which has called for child-like sex dolls to be legalized, posted an interview with Allyn Walker, a female-to-male transgender, who outlined her views on “minor attraction.”

Walker, an assistant professor of sociology and criminal justice at Old Dominion University in Norfolk, Virginia, is the author of a book called ‘A Long, Dark Shadow: Minor Attracted People and Their Pursuit of Dignity’.

In the interview, Walker insists that the term “minor attracted people” should be used in preference to ‘pedophile’ because pedophiles’ feelings might be hurt otherwise.

"I think we believe societally, that stigma against MAPs serves to protect children because we don’t fully understand the differences between MAPs and sex offenders. Again, we have this confusion between the attraction and a criminal behavior." https://t.co/62YZGg9tbY pic.twitter.com/pPwEOjJUCo

She also highlights how, “MAP advocacy groups like B4U-Act have advocated for use of the term, and they’ve advocated for it primarily because it’s less stigmatizing than other terms like pedophile.”

“4W has previously covered the group B4U-Act, which was founded by convicted multi-child rapist Michael Melsheimer for the explicit purposes of normalizing pedophilia and distracting from prevention efforts,” writes Anna Slatz. “In Melsheimer’s own words, he wanted to ensure B4U-Act was never associated with the “prevention of offending.”

During the interview, Walker suggested that pedophilia is merely another form of sexual attraction and should be tolerated.

“Sexuality can be fluid, and there are many MAPs who have a range of attractions to both children and adults,” she said. 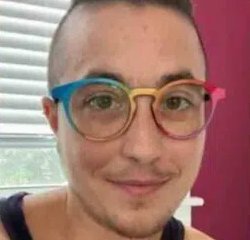 Walker also suggested that stigma against pedophiles is a “huge problem” and that HE “empathizes” with how pedos are treated.

“Although I’m not a MAP, myself, I am queer, and so I too, have been through experiences and realized that I have attractions many people wouldn’t understand, and that some people find to be immoral. And those experiences have really shaped who I’ve become. And so I sort of empathize with those experiences, and I wanted to learn more,” said Walker.

And these people are working inside universities.

We truly live in hell.