JEBU-MIANGO, Nigeria, (Morning Star News) – Attacks on villages in north-central Nigeria that killed eight Christians in the past two weeks were carried out by Muslim Fulani herdsmen aided by terrorists from Islamic extremist groups, a local pastor said. 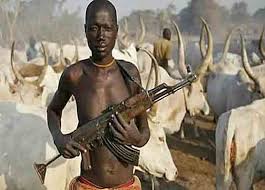 The Rev. Sunday Gado Biri told Morning Star News that the assailants also torched 50 houses belonging to Christians, including his own, and his church building was partially burned in the attacks on Zanwra, a suburb of Jebu-Miango near the city of Jos, Plateau state.

“A critical look at these attacks has revealed that it is not only the herdsmen who are attacking Christian communities, as there are terrorists collaborating with them to carry out these attacks,” said the 54-year-old pastor of the Evangelical Church Winning All (ECWA), Zanwra.

He appealed to the Nigerian government to bring to an end unabated attacks on Christian communities.

“It is unfortunate that the soldiers brought here are not taking decisive actions against the herdsmen,” he said. “When the herdsmen were burning down houses, the soldiers could not stop them. In spite of this, I still want to appeal to the Nigerian government that it should stop these killings.”

In attacks on Zanwra village between Jan. 22 and Jan. 25, the eight Christians were killed in four ambushes on different days, while the houses were destroyed in two separate attacks.

Pastor Biri said one of his church elders, 60-year-old James Nengwe, was slain the evening of Jan. 24 as he tried to escape.

“A Christian community leader, the ward head of Zanwra, Nengwe, was ambushed and shot to death near a military base camp by armed herdsmen as he tried escaping to the military camp,” Chohu told Morning Star News. “Houses in Zanwra village were being burned by the herdsmen when they ambushed Nengwe and killed him.”

Pastor Biri said the attacks have reduced the number of people attending his church services.

The pastor said Nengwe had a family and was dedicated to the church.

“When the attack on our communities began we constituted a committee to cater for Internally Displaced Persons,” he said. “Baba James was a member of this committee. Recently, there was an attack on this community by herdsmen, and five houses belonging to some members of my church were burned down by the herdsmen. This is the reason we constituted the committee on the IDPs.”

Another Zanwra resident, Patience Moses, 30, told Morning Star News that on Jan. 25, a day after killing village head Nengwe, the assailants attacked again at about 7 p.m.

“All houses around the DTV area [near Zanwra] to the ECWA Church, Zanwra, were burned down,” she said. “The house of the pastor of ECWA church, Rev. Sunday Biri, was burned down, while the church itself was partially burned. Soldiers who were trying to repel the attackers ran out of bullets, and so the attackers succeeded in burning down houses.”

A mini-van carrying persons from Jos to Kwall was ambushed near the ECWA church, Zanwra, and “the driver, the conductor, and one other Christian” were killed and about 20 others injured, Moses said. Police identified two of the Christians killed in the ambush as Danlami of Kwal District and Emmanuel Audu of Jebbu-Miango.

Zanwra resident Chohu said attacks on Christian communities in the area began on Jan. 14, when three Christians from Kimakpa village went to Maiyanga village, and herdsmen attacked them as they were returning to Kimakpa at about 6 p.m.

“One of them was killed, the second was injured, while the third escaped unhurt,” Chohu said. Their names were not readily available.

On Jan. 22 three Christians from Kpachudu and Kwall villages who had gone to a mining camp at Telma village were returning at about 6 p.m. when Muslim Fulani herdsmen ambushed them at Chuvo-Kpara village, Chohu said. The three died in the attack, with the herdsmen chopping off the head of one of them and taking it with them.

“On Jan. 24, at about 7:50 p.m., just about an hour after the ward head was murdered by the herdsmen, they also set afire four houses in Alleh village near Zanwra,” he said. “The houses burnt were those of Christians Dauda Ahmadu, Musa Nengwe, Danjuma David and Sunday Nengwe.”

The ward head, Nengwe, was buried on Jan. 25 at about 10 a.m. in a funeral witnessed by a Morning Star News correspondent, and by evening of the same day, the herdsmen invaded Zanwra village anew, burning more houses of Christians and displacing many of them.

Zanwra residents identified two of the dead as Emmanuel Audu and Danlami.

Matthias Tyopev, spokesman for the Plateau State Police Command, said in a press statement that three people were killed in the Jan. 24 attack.

“Three people were killed and burned by the armed men,” he said. “Eight others sustained various degrees of gunshot injuries. About 20 housing units were also set ablaze. An investigation is ongoing to unravel the remote and immediate causes of these attacks.”