This woman has been a Christian for some time. She gives her Testimony in church on her 50th birthday and that has enraged the Moon god adherents!

Jihad Watch – The title of the article below is telling: “I am not a religious bigot’ – Northern female senator who dumped Islam for Christianity cries out.” Why would anyone think that this new convert was bigoted for converting to Christianity? It is because everywhere in the world, no matter what one’s race or ethnicity might be, anyone who does anything that Muslims consider to be casting a negative light on Islam is viewed as a bigot or an “Islamophobe.” It is a calculated ploy that has worked for far too long. It is against Islamic teaching to criticize Islam, so to impose this view globally is a victory for Islamic supremacists; anyone who apologizes for offending Islam or criticizing its abuses is handing them another victory.

Binta Masi is the only female senator from Northern Nigeria, so she has drawn public attention to herself as an apostate. She also lives in a region where Christians are routinely murdered by Boko Haram and its offshoot, the Fulani group — frequently referred to as “herdsmen.” Let’s hope that barbaric jihadists do not murder her as an apostate. No amount of apologizing will render Masi forgiven. There is no doctrine of forgiveness in Islam. 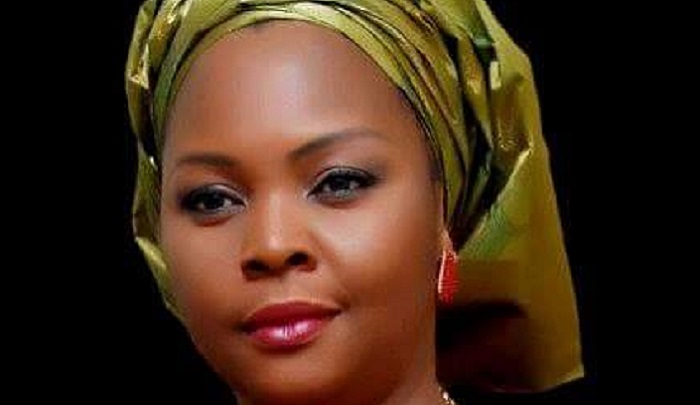 “‘I am not a religious bigot’ – Northern female senator who dumped Islam for Christianity cries out,” by Ameh Comrade Godwin, Daily Post, May 3, 2018:

Binta Masi, the only female senator from Northern Nigeria in the 8th assembly has expressed sadness over alleged moves by some political opponents to portray her as a religious bigot.

Masi made this known while speaking with newsmen on Thursday in her Ward, Jigalambu, in Michika Local Government Area of Adamawa State.

According to Masi, her political opponents had misrepresented her recent testimony in church to mark her 50th birthday, where she spoke on her conversion to Christianity at a tender age, as insulting to Islam and Muslims.

“I am not a religious bigot. I come from a family with religious tolerance where we have Muslims and Christians.

“My grandfather is a Christian; my father and mother are Muslims and we are living peacefully with other Muslim and Christian siblings and family members.”

Masi, representing Adamawa North Senatorial District, noted that she was first elected into the House of Representatives in Kaduna in a constituency where Muslims were in the majority.

“Politicians need to realise the danger of religious sentiments, particularly in our area and be kind enough to concentrate on issue-based campaign.”…..

It should be noted that she did not recently convert from Islam to Christian. “her recent testimony in church to mark her 50th birthday, where she spoke on her conversion to Christianity at a tender age”

Just what age she was the article does not say. Also according to Wikipedia, “She holds two Diplomas in Theology from the Bible School of Church Growth and Practical Ministry, and Matthew Owujaye’s Ministry, Kaduna. She is a recipient of an Honorary Doctorate Degree in Theology from Smith Christian University, Miami, Florida.”