Breitbart News – The California hepatitis A outbreak is on the verge of reaching statewide epidemic status, as cases have spread through homeless tent cities from San Diego north to Sacramento. 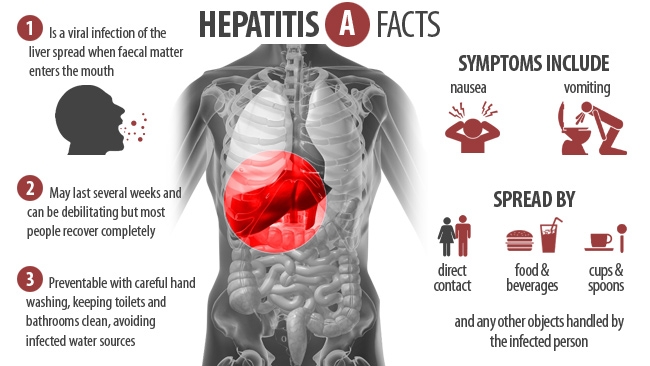 California health officials have reported that at least 569 people have been infected with the hepatitis A liver disease and 17 have died since a San Diego County outbreak was first identified in November. Cases have migrated north to homeless populations in Los Angeles, Santa Cruz, San Francisco and Sacramento over the last 11 months.

Although local and state authorities have tried to underplay the risks and severity of the outbreak, the most recent annual totals for cases of hepatitis A in the United States was 1,390 in 2015, according to the Center for Disease Control (CDC). California only reported 179 cases during the same year.

The highly-contagious hepatitis A outbreak may have taken root because of the City of San Diego’s efforts in the run-up to Major League Baseball’s All-Star Game held at Petco Park in July 2016 to push the homeless, and the rampant drug and prostitution trade among them, out of the downtown tourist venues. Those effort included locking public bathrooms and essentially relocating the homeless to the congested tent city encampments that stretch for blocks east of downtown near freeway onramps.

Another explanation may be the city’s decision to ban plastic bags, which deprived homeless people of an alternative means of disposing of human waste when bathrooms were not available.

The last major hepatitis A outbreak was 900 cases and 8 deaths in Pennsylvania in 2003. The infected suffer flulike symptoms and jaundice, but the disease can progress to death. Since 1998, national hepatitis A incidence rates had been “progressively lower each year” due to the development of a “safe and effective hepatitis A vaccines in 1995–1996.”

California homeless advocates have been successful across the state in forcing cities to accept the homeless living in large tent communities on public property. The advocates refer to anti-homeless ordinances as the modern-day equivalent to post-slavery Jim Crow and Depression era anti-Okie laws that allowed police to disperse people deemed “undesirable” after dark.

The City of San Diego was forced to sign the Spencer Settlement in 2006, which forbids its Police Department from enforcing the city’s “Illegal Lodging Enforcement Guidelines” between the hours of 9 pm to 5:30 am.

California, with 115,738 homeless, now accounts for about 21 percent of America’s total homeless population. Due to legal settlements against vagrancy laws, about 72.3 percent of California’s homeless are unsheltered, usually living in tent cities.

California public health officials are desperately scrambling to offer vaccine injections to the homeless, but many in the population are under legal warrants and do everything possible to avoid being identified.

An epidemiologist with the Division of Viral Hepatitis at the U.S. Centers for Disease Control and Prevention, Dr. Monique Foster, told the Los Angeles Times that California’s hepatitis A outbreak will persist, despite prevention: “It’s not unusual for them to last quite some time — usually over a year, one to two years.” Source: Breitbart News