2nd Peter 2:1-3 “But there were false prophets also among the people, even as there shall be false teachers among you, who privily shall bring in damnable heresies, even denying the Lord that bought them, and bring upon themselves swift destruction. 2 And many shall follow their pernicious ways; by reason of whom the way of truth shall be evil spoken of. 3 And through covetousness shall they with feigned words make merchandise of you: whose judgment now of a long time lingereth not, and their damnation slumbereth not.” 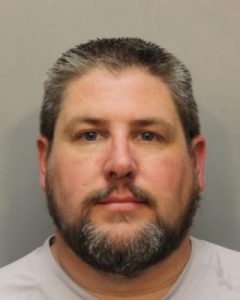 Stephen Bratton, who resigned from Grace Family Baptist Church in Cypress Station last month, was charged Friday with continuous sexual abuse of a child, Senior Deputy Thomas Gilliland said Saturday. The 43-year-old is accused of inappropriate touching that escalated to “sexual intercourse multiple times a day or several times a week” from 2013 to 2015, Gilliland said.

Bratton came forward to his wife about the abuse on May 15, according to a probable cause document. She called his co-pastors at 4 a.m. to organize a meeting, while Bratton contacted them later that day to say he had “sinned in grievous ways.”

“It was criminal,” said David Shiflet, pastor of the Grace Family Baptist Church in Conroe. “That’s when he came clean.”

The criminal investigation began on May 16 after Bratton allegedly confessed to three Southern Baptist clergy members that he abused the child. Two of Bratton’s co-pastors, Aaron Wright and Erin Frye, met with the Harris County Sheriff’s Office at their church on Bammel Westfield Road that same day, while Shiflet said he referred the complaint to the Department of Family Protective Services.