The American Atheists Legal Center insists that a bench in a city park with the word “God” on it violates the so-called separation of church and state.

CBN News – An atheist group is demanding Oil City, Pennsylvania, remove a bench from a war memorial set up by two veterans. The reason is one specific word on the bench that was spoken by the state’s founder William Penn. That word is “God.” Penn’s quote reads: “Men who aren’t governed by God, will be governed by tyrants.” Liberty Counsel is volunteering to defend Oil 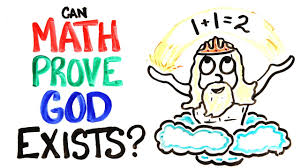 Atheist? If you died right now would you go to Heaven or Hell?  What is the Greatest Question in the Universe? And what is YOUR answer to that Question? That is it!! And I ask it you reader, If due to a car wreck, heart attack, drowning, being shot, beaten to death etc, you die, will you go to Heaven … Click Here to Read More