Deuteronomy 22:22 If a man be found lying with a woman married to an husband, then they shall both of them die, both the man that lay with the woman, and the woman: so shalt thou put away evil from Israel. 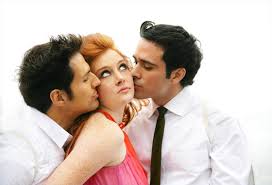 Paul Joseph Watson – CNN has hit a new low by posting a feature article that promotes cuckoldry as a “positive” fetish for modern relationships.

Cuckoldry is when a man is aroused by the idea of his romantic partner having sex with someone else or even watching the act while it is taking place.

“In our current political climate, the term “cuck” — short for “cuckservative” — has become an insult of the so-called alt-right, aimed at men they view as spineless and emasculated,” states the piece, seemingly unaware that this has now been replaced by the more current ‘soy boy’.

The article cites a study by David Ley, Justin Lehmiller and the writer Dan Savage, who is a far-left gay rights activist.

The study found that, “58% of men and about a third of women had fantasized about cuckolding,” which to be classed as such, according to Savage, must include “humiliation, degradation or denial”.

The article goes on to quote Ley as asserting that, “cuckolding tends to be a positive fantasy and behavior.” Savage also insists, “the rewards can be amazing.” Neither of these assertions are backed up by any evidence or challenged by the writer of the piece, Ian Kerner, who is a licensed psychotherapist.

The article is probably very interesting to CNN’s core audience, given that studies show left-wingers are far more likely to be into cuckoldry.

In other words, being a cuck is very much a pursuit of leftists, in some cases quite literally.

CNN is not the first major TV network to promote cuckoldry.

As we highlight in the video above, the promotion of emasculating fetishes such as cuckoldry is part of a wider cultural narrative that seeks to denigrate and shame masculinity in general. Source: InfoWars

CNN based their statements on a study co-produced by sex writer Dan Savage, which revealed 58 percent of American men and “about a third of women had fantasized about cuckolding.”

Savage, a far-left LGBT public figure, has previously expressed his wishes that all Republicans “were fucking dead,” wished cancer on Sarah Palin, supports citizenship for illegal immigrants, and following the 2016 Orlando shooting at Pulse Nightclub attempted to blame the attack on “toxic masculinity” and guns instead of radical Islam.

In 2000, Savage also licked the doorknobs in politician Gary Bauer’s campaign office in an attempt to make the Republican ill. Source: Breitbart News