Satanic Trash is Poisoning the minds of America one Child at a time!

Proverbs 22:6 “Train up a child in the way he should go: and when he is old, he will not depart from it.”

That scripture goes both ways and Satan knows that! He has MOST Politicians and Educators and they have the children! They are training them to accept the ways of Sodom and Gomorrah!

Your News Wire – Democrat lawmakers in Illinois approved a bill Wednesday that requires children as young as 5 to attend obscene LGBT sex education classes at school.

The Illinois Senate approved Bill 3249, which will force public schools to teach children about gay sex.

Christian post.com reports: “[It] requires every public elementary school and high school to include in its curriculum a unit of instruction studying the significant role of lesbian, gay, bisexual, and transgender individuals in society. Specifies instruction requirements. Requires the regional superintendent of schools to monitor a school district’s compliance with the curriculum requirements,” the bill states.

The bill’s sponsor, Sen. Heather Steans, D-Chicago, told The State Journal Register that she believes teaching LGBT history in schools will help to promote acceptance and improve the image of the LGBT community among students.

“By teaching students an inclusive curriculum, Illinois classrooms will promote acceptance and a more accurate portrayal of history,” she said. “ LGBT students also will learn about people who had some similar qualities to them and became historical role models.”

The passage of the bill has also been praised by LGBT advocacy group’s such as Equality Illinois which noted that Illinois’ school code “already ensures inclusion in history curriculum of the contributions and experiences of other historically marginalized communities, including of people of color, women, immigrant communities and people with disabilities.”

Christian groups like Concerned Christian Americans and the Illinois Family Institute raised objection to the promotion of LGBT figures in schools.

“It is well known that the controversies of the transgender and homosexual movements are in direct contradiction to the clear Judeo-Christian beliefs of many in Illinois,” Illinois Family Institute lobbyist Ralph Rivera said in a memo to legislators. “Schools should teach that we should be respectful of each student and each person. This is what we all agree on. However, schools should not be used to advocate for lifestyles that are against the religious values of the students and parents.”

If approved by the General Assembly and signed into law by Gov. Bruce Rauner, Illinois would join California to become only the second state to require LGBT history to be taught in schools.

The proposed requirement could also meet resistance from the Illinois Association of School Boards. Zach Messersmith, director of government relations for the organization said their members have given them clear instructions to oppose all curricular mandates that come before the General Assembly.

“We believe that locally elected school boards should be able to determine curricula for their students as long as it meets Illinois Learning Standards,” Messersmith said.

You had best keep up on the Child Indoctrination News and do something about it! Please get your head out of the Sand! 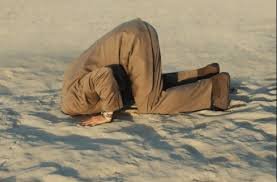