It will never work for Lesbians and Homosexuals who have been given over to a Reprobate Mind! 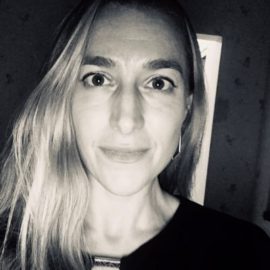 THE LEFT IS INSANE… NBC NEWS Report: “Heterosexuality Is Just Not Working”

A new report on NBC News by radical feminist Marcie Bianco argues that “heterosexuality is just not working.”

And NBC News is promoting this like it is some thoughtful revelation.

Women are increasingly opting out of heterosexuality because it is “the bedrock of their global oppression,” NBC News asserted in a bizarre opinion piece this week.

“Men need heterosexuality to maintain their societal dominance over women,” writes Marcie Bianco for the NBC News website. “Women, on the other hand, are increasingly realizing not only that they don’t need heterosexuality, but that it also is often the bedrock of their global oppression.”

Ms. Bianco lumps together a series of recent news stories, “from Jeffrey Epstein to the Dayton and El Paso mass shooters, to Miley Cyrus’s separation and Julianne Hough’s declaration that she’s ‘not straight,’” which, she says, “together have laid bare the strictures of an American patriarchy on the edge of a nervous breakdown.”

This isn’t thoughtful discourse. This is insanity and NBC News is promoting it like it is something brilliant and deep which it is not.

Framed differently, the picture is this: Men need heterosexuality to maintain their societal dominance over women. Women, on the other hand, are increasingly realizing not only that they don’t need heterosexuality, but that it also is often the bedrock of their global oppression.

Patriarchy is at its most potent when oppression doesn’t feel like oppression, or when it is packaged in terms of biology, religion or basic social needs like security comfort, acceptance and success. Heterosexuality offers women all these things as selling points to their consensual subjection.

Celebrities are not always at the vanguard of feminist thought, but both Julianne Hough and Miley Cyrus have recently spoken out about sexuality in ways that puts the power — and responsibility — back into their own hands.

Democrats always pretend to be pro-science when their views are the opposite of natural order.