Note: Estimates of the current population of the Coptic Church range from 10 million to 60 million members worldwide. Theologically, Coptic Christianity is very similar to Roman Catholicism and Eastern Orthodoxy. They profess to be genuine followers of Jesus Christ and a part of His worldwide Church. But, as with Catholicism, they tend to emphasize meritorious works in salvation along with liturgical ritual rather than salvation through a personal relationship with Jesus Christ. Source: Got Questions

CAIRO, Egypt (Morning Star News) – At least nine people were shot to death and several others wounded after gunmen attacked parishioners leaving a worship service this morning in a town south of Cairo, according to the Egyptian Interior Ministry. 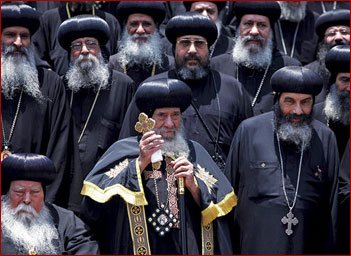 Eight of those killed were Christians, officials said. Some of those wounded were in critical condition after the attack by two gunmen on a motorbike at about 10:30 a.m. on the St. Menas “Mar Mina” Coptic Orthodox church in Helwan.

One of the gunmen dismounted and tried to break through the security barrier in front of the church premises, but police stopped him, the Interior Ministry said in a press statement. The assailant reportedly shot and killed the non-commissioned officer, and then he shot randomly at parishioners as they were coming out of the church building.

Security forces returning fire injured the assailant while his accomplice tried to break through the security barrier and enter the church building with explosives, according to the Interior Ministry. Its statement said one of the gunmen escaped, while the other, who also had an Improvised Explosive Device, was wounded and arrested, but state media reported that the wounded attacker was killed.

The Interior Ministry reportedly identified the wounded assailant as Ibrahim Ismail Mostafa and said that he had been involved in previous attacks.

Besides six people around the church building and the security officer, two other people were killed when one of the gunmen previously shot at nearby shops, according to the Interior Ministry.

The Islamic State’s Aamaq news agency reported late Friday that the local affiliate of the terrorist group reportedly claimed responsibility for the assault, saying it was carried out by a “security detail,” and that one of its members was “martyred.”

Church staff members quickly closed the doors to the building as the gunmen fired at the door, walls and worshippers, leaving bullet holes and blood around the site, witnesses said.

“We were running everywhere, not knowing where to go in terror,” a witness told a Morning Star News contact in the area. “The man was walking in broad daylight holding his machine gun and shooting at wherever he wants. He showed no fear and was on a rampage.”

The exchange of gunfire went on at least 15 minutes, witnesses said.

“Empty cartridges were on the ground, the church wall was riddled with bullet holes, and patches of bloodstains on the ground had not yet dried,” the area resident told the Morning Star News contact. “People were crying, and others were silent in shock.”

Security had been ramped up since early December with extra forces and police checkpoints at the gates, in addition to the church security. Some nearby streets had been indefinitely closed, while others had been closed only during church services.

Health ministry spokesman Khaled Megahed told state television that eight of the slain victims of the attack were Christians, and one was Muslim. He said there were five people injured, including two women in critical condition, and that one of the gunman had been killed.

Coptic Orthodox Christians celebrate Christmas on Jan. 7, and they are concerned about more attacks. Police and the armed forces have reportedly increased security and closed all churches in the Helwan area.

The Interior Ministry said the gunmen who escaped is an active militant who has committed other terrorist attacks against police and military personnel.

The attack follows the killing of a Coptic Orthodox priest outside Cairo in October. On April 9, bomb attacks on two Coptic churches holding Palm Sunday services in different cities in Egypt killed at least 44 people and injured more than 100 others.

Egypt is ranked 21st on Christian support organization Open Doors’ 2017 World Watch List of the countries where is it is most difficult to be a Christian.