Leo Zagami | Infowars.com – Earlier this week, an ominous mural has appeared in the streets of Rome that has really upset Pope Francis. The mural located on Via Gregorio VII, near the Vatican, depicts the infamous Cardinal Pell, who is currently waiting for the results of his appeal, in handcuffs and with his hands clasped, while Satan’s black shadow appears grabbing him from behind. Truly shocking, and for many, it seems like a pretty honest depiction of this scumbag who has ruined the lives of so many innocent children while serving his Lord, Satan.

The verdict of appeal for disgraced Australian Cardinal George Pell, the former Vatican treasurer sentenced in the first instance for pedophilia, will be pronounced on Wednesday 21st of August 2019. I’m sure you will hear about it all over the mainstream news in one week from now, but of course, we are tomorrow’s news today.

In the meantime, Cardinal Pell, who is currently detained in a Melbourne prison after being sentenced to six years in prison for child abuse, has yet to be defrocked by his friend, Pope Francis, who continues to work behind the scenes to try and save Pell from prison. Next week, the Australian judges will, in fact, decide whether to confirm or not this judgment, and if this second hypothesis is chosen, the former Prefect of the Vatican’s economy could leave prison and face the remainder of his sentence under house arrest in the comfort of an exclusive Vatican mansion served and revered by a bunch of nuns.

However, if his appeal his rejected, the Holy See will be forced to take into consideration Pell’s long due defrocking. The defrocking, unfrocking, or laicization of Catholic clergy is the final removal of all rights to exercise the functions of an ordained minister, and something the Vatican should have done a long time ago in regards to Cardinal Pell. Of course, this Catholic pedophile ring leader is still considered very powerful and a sort of Vatican Epstein. So let’s see if Pope Francis might be able to influence the Australian judges and save him from spending time in prison.

There is an epic battle worldwide that is fought each day against the pedophile elite. Only yesterday, for example, Prince Andrew was kicked out of Buckingham palace by his mother, Queen Elisabeth II, who is very upset for his direct involvement with minors and drugs in the Epstein affair. The English tabloid, The Sun, reported that the Duchess of York, Sarah Ferguson, who is Andrew’s ex-wife, was forced to intervene and bring the “panicking” Prince by private jet to Malaga, Spain, after spending some time with the Queen at Balmoral discussing the crisis.

Andrew and Fergie’s getaway demonstrated that the Duchess of York stands by her ex-husband, according to an insider, but in reality, the whole family is in a state of panic as Sarah Ferguson was also allegedly involved with the late Jeffrey Epstein’s sex slaves and cocaine parties. 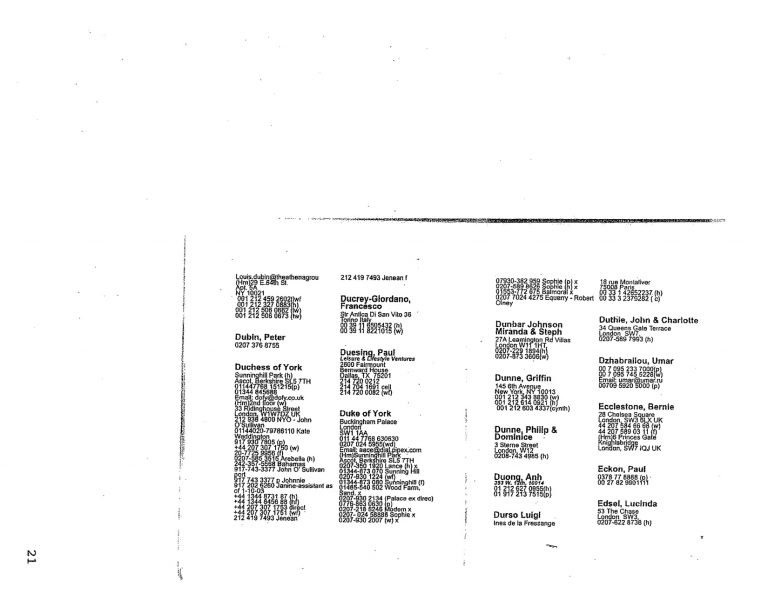 I called Prince Andrew’s private number that was listed in Epstein’s “Black Book” and the person who answered at 2’o clock in the morning local time confirmed it was Buckingham Palace on the other side, and sounded to indeed be Prince Andrew. British Secret Intelligence Service would have traced the call and this strange call from Leo Zagami may have upset the Prince even further, but of course, that is only speculation.

This article first appeared at LeoZagami.com. Leo Zagami is a regular contributor to Infowars and the author of the new groundbreaking book Confessions of an Illuminati Vol. 6.66 The Age of Cyber Satan, Artificial Intelligence, and Robotics

Are Human Remains Found in Vatican a Link to Satanic Sacrifices?