Revelation 13:16 “And he causeth all, both small and great, rich and poor, free and bond, to receive a mark in their right hand, or in their foreheads:” 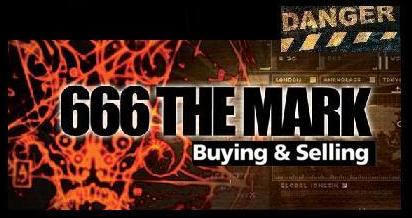 Virginia’s State Health Commissioner announced Friday that he will mandate the coronavirus vaccine for all Virginia residents once it’s publicly available.

Only individuals with medical exemptions would be exempt from the mandatory COVID-19 vaccine, which is thought to be released in early 2021.

State Health Commissioner Dr. Norman Oliver told 8News on Friday that he plans to mandate coronavirus vaccinations for Virginians once one is made available to the public.

Virginia state law gives the Commissioner of Health the authority to mandate immediate immunizations during a public health crisis if a vaccine is available. Health officials say an immunization could be released as early as 2021.

Dr. Oliver says that, as long as he is still the Health Commissioner, he intends to mandate the coronavirus vaccine.

“It is killing people now, we don’t have a treatment for it and if we develop a vaccine that can prevent it from spreading in the community we will save hundreds and hundreds of lives,” Oliver said.

According to a recent Gallup poll, 1 in 3 Americans would refuse to take a coronavirus vaccine, even if it was free and widely available.

First he said vaccines would be mandatory, then not, now you won’t travel outside your house without vaccination. Australia’s China connection began with Belt & Road Initiative and now they’re following them into full population control.