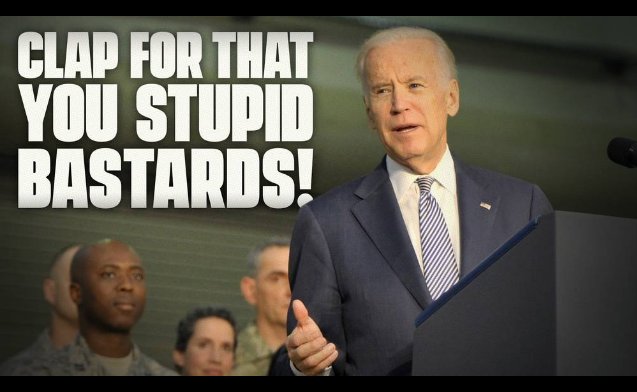 Hebrews 12:8 “But if ye be without chastisement, whereof all are partakers, then are ye bastards, and not sons.”

In the Old Testament the rendering of the Hebrew word mamzer’, which means “polluted.” In Deuteronomy 23:2, it occurs in the ordinary sense of illegitimate offspring. In Zechariah 9:6, the word is used in the sense of foreigner. From the history of Jephthah we learn that there were bastard offspring among the Jews (Judges 11:1-7). In Hebrews 12:8, the word (Gr. nothoi) is used in its ordinary sense, and denotes those who do not share the privileges of God’s children.

Best you find out exactly WHO is a Child of God, and WHO is NOT!

Who is a Child of God?

As I always say, “Poop Floats”!  If you have ever seen a busted sewer line or opened up a septic tank you would know that is true.

The Communist Democrats ALWAYS project what they are guilty of. In this case it is Lame Brain Joe Biden. Did the Communists know this would surface? Did they project and get out in front of it like their Communist Mentor Saul Alinsky instructs them to do?

Info Wars copy – Video from 2016 has surfaced showing Joe Biden denigrate U.S. soldiers to their faces during a speech in the Middle East, calling them “stupid bastards” and “slow.”

“Notwithstanding what you might have heard about me,” Biden said, “one, I have very good judgement, I married Jill, and two, I appointed Johnson to the Academy, I just want you to know that. Clap for that, you stupid bastards.”

Biden’s comments are remarkable given he hammered Trump in recent weeks over a now-debunked hit piece by The Atlantic claiming Trump had referred to fallen troops as “losers” and “suckers” in 2018.

In fact, Biden made such a vicious attack ad based on The Atlantic’s fake news that Trump called him a “pathetic human being.”

“Pathetic Joe. He’s a pathetic human being to allow that to happen,” Trump said earlier this month. “But you know the good part? Now I can be really vicious. Once I saw that ad, I don’t have to be nice anymore.”

Don’t expect the same moral outrage by the media over Biden’s proven remarks the way they did for Trump.