It is Time for America, and other Nations of the World, to TEAR DOWN the Altars of Baal and REBUILD the Altar of the LORD!

Luke 10:2 “Therefore said he unto them, The harvest truly is great, but the labourers are few: pray ye therefore the Lord of the harvest, that he would send forth labourers into his harvest.” 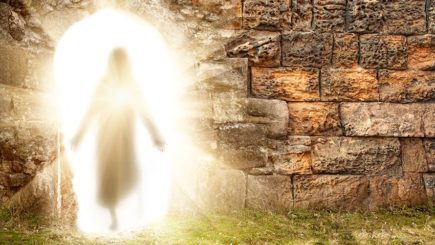 I could very well be that the current crisis of the Covid-19 and death in New York State is a direct result of Governor Cuomo and Mayor De Blasio allowing an altar to Baal to be erected in New Your City!

Revelation 18:2 “And he cried mightily with a strong voice, saying, Babylon the great is fallen, is fallen, and is become the habitation of devils, and the hold of every foul spirit, and a cage of every unclean and hateful bird.”

Only 2 places in America are named BABYLON. One in Illinois and in NEW YORK!

Just like AHAB, Governor Andrew Cuomo and Mayor Bill de Blasio  has Reared up an Altar, a High Place and a Grove to Baal and Moloch! It has essentially made New York State a HOUSE OF BAAL!

When he signed and they celebrated, the wicked ones just PROVOKED the LORD and ensured the Wrath of God to fall on the entire state! You best Pray Christians!

1st Kings 16:32-33 “And he reared up an altar for Baal in the house of Baal, which he had built in Samaria. And Ahab made a grove; and Ahab did more to provoke the LORD God of Israel to anger than all the kings of Israel that were before him.”

And that is not all. It has also officially become just like Sodom and Gomorrah! Read more here

Judges 6:25 “And it came to pass the same night, that the LORD said unto him, Take thy father’s young bullock, even the second bullock of seven years old, and throw down the altar of Baal that thy father hath, and cut down the grove that is by it: 26 And build an altar unto the LORD thy God upon the top of this rock, in the ordered place, and take the second bullock, and offer a burnt sacrifice with the wood of the grove which thou shalt cut down.”

NO, we should  not build a psychical altar and then perform an animal sacrifice. Before the Cross, It was the ONLY WAY that people could have their sin COVERED, as they looked forward to the Savior Jesus Christ, who would TAKE AWAY the sins of the world. (John 1:26-30) Animal sacrifice was  done away with when Jesus Christ died on the Cross and HE shed HIS Blood for everyone’s sins. (John 19:30) The leaders of nations need to acknowledge their sins, and the sins of their respective nations, ask for forgiveness, and repent! It IS a simple process that the LORD will respond to.

2nd Chronicles 7:13-16 “If I shut up heaven that there be no rain, or if I command the locusts to devour the land, or if I send pestilence among my people; 14 If my people, which are called by my name, shall humble themselves, and pray, and seek my face, and turn from their wicked ways; then will I hear from heaven, and will forgive their sin, and will heal their land. 15 Now mine eyes shall be open, and mine ears attent unto the prayer that is made in this place. 16 For now have I chosen and sanctified this house, that my name may be there for ever: and mine eyes and mine heart shall be there perpetually.”

It should be noted that all throughout the Old Testament, when the people as a whole sinned against the LORD, the LEADER of the people needed to build an altar and make a sacrifice to the LORD for their sin and rebellion. IF the leader, usually the king did that, then the LORD would cease the chastisement and punishment on them.

Manasseh was a wicked leader and did Evil in the sight of the Lord:

2nd Chronicles 33:1-3 “Manasseh was twelve years old when he began to reign, and he reigned fifty and five years in Jerusalem: 2 But did that which was evil in the sight of the LORD, like unto the abominations of the heathen, whom the LORD had cast out before the children of Israel. 3 For he built again the high places which Hezekiah his father had broken down, and he reared up altars for Baalim, and made groves, and worshipped all the host of heaven, and served them.”

But he turned and repented.

2nd Chronicles 33:13-17 “And prayed unto him: and he was intreated of him, and heard his supplication, and brought him again to Jerusalem into his kingdom. Then Manasseh knew that the LORD he was God. 14 Now after this he built a wall without the city of David, on the west side of Gihon, in the valley, even to the entering in at the fish gate, and compassed about Ophel, and raised it up a very great height, and put captains of war in all the fenced cities of Judah. 15 And he took away the strange gods, and the idol out of the house of the LORD, and all the altars that he had built in the mount of the house of the LORD, and in Jerusalem, and cast them out of the city. 16 And he repaired the altar of the LORD, and sacrificed thereon peace offerings and thank offerings, and commanded Judah to serve the LORD God of Israel. 17 Nevertheless the people did sacrifice still in the high places, yet unto the LORD their God only.”

Read the whole 33 rd Chapter of 2nd Chronicles and get the whole story. There are many others who did evil in the sight of the LORD. See this chart of the Kings of Israel.

2nd Samuel 24:25 “And David built there an altar unto the LORD, and offered burnt offerings and peace offerings. So the LORD was intreated for the land, and the plague was stayed from Israel.”

The Twenty-fourth Chapter of II Samuel, in point of time as it regards events, precedes those of the Twenty-third Chapter. This is designed by the Holy Spirit, inasmuch as Chapter 23 prefigures the glories of Christ and records the names of the companions of that glory. The Twenty-fourth Chapter speaks of the sufferings of Christ, as the Sin Offering, which He should accomplish at Jerusalem. David foreshadowed this, for no Priest is mentioned.

David had given orders that a census should be taken in both Judah and Israel. That, within itself, was not wrong, that is, if David’s motives were right. The great wrong came in that David disobeyed the Word of God, in that a half-shekel was to be paid to the Sanctuary for every man who was numbered. This proclaimed the fact that Israel’s foundation was Redemption, in fact, the foundation upon with the Tabernacle stood. All were based on the Precious Blood of Christ. To ignore this was to invite a plague, which is exactly what happened (Exodus 30:11–16).

When the census was brought back, the number was 800,000 valiant men who drew the sword for Israel and 500,000 for Judah. And then the Scripture tells us that several things happened, which are:

1. “David’s heart smote him after that he had numbered the people”: David’s heart did not smite him until the sin was accomplished, though its pursuit occupied more than nine months. Sin, when accomplished, occasions disgust; it is the pursuit of it which has such a hateful attraction to the heart. Directly the sin is committed, Satan no longer cares to hide its ugliness.

2. David said, “For I have done very foolishly”: To be sure, sin makes fools of people! At this point, the Lord sent Gad the Prophet to David. The Lord gave David one of three choices:

A. Seven years of famine;

B. Defeated three months by his enemies; or

C. Three days’ pestilence in the land, sent by the Lord.

Quickly was David’s choice made: “Let us fall now into the Hand of the LORD, for His mercies are great: and let me not fall into the hand of man.”

So the Lord sent a plague on both Israel and Judah. Seventy thousand men died in that three-day plague. The only remedy was the Cross of Christ, as the only remedy is the Cross of Christ. David purchased the threshing floor of Araunah the Jebusite, which was in the heart of Jerusalem, in order to “build an Altar unto the LORD, that the plague may be stayed from the people.” On that Altar, David “offered Burnt Offerings and Peace Offerings,” all serving as types of Christ and what He would do at the Cross.

The Cross alone stops the plague of sin in the human heart and life. Nothing else will, because nothing else can. The answer for sin in any form is the Cross, even as the answer always has been the Cross! (Romans 8:2). Source: Expositors Word for Every Day

Who built Altars to the LORD?

Almost every prominent person in the Old Testament built an altar at some point. The first altars made to God in the Bible were made by individuals. Eventually, these altars were replaced by 2 more permanent altars (“The Brasen Altar” and “The Altar Of Incense”), first in the Tabernacle, then in the Temple.

Copy from Steve Shirley | Jesus Alive and reformatted by myself

Revival and blessing will only come if we as individuals will repent and cry out to the LORD!

I call on President Trump to repent of his Sin, if he has still not done so, and then get on prime time TV, pray and ask the LORD to forgive America of its sin against HIM and the Murder of Millions of Babies through the heinous act of Abortion!

Judges 10:15-16 “And the children of Israel said unto the LORD, WE HAVE SINNED: do thou unto us whatsoever seemeth good unto thee; deliver us only, we pray thee, this day. 16 And they put away the strange gods from among them, and served the LORD: and his soul was grieved for the misery of Israel.”

If he does that and we join in, Our cries will awaken the Master!