Attempt to silence Houston Area Preachers results in the Sermon Protection Act. There is now protection from these Deviate, God hating, Communist Leftists…., in Texas anyways. But will that stop them? NO! They will plant deviates in churches and then claim discrimination or something else that will muzzle the gelding in the pulpit. I doubt there will be many who … Click Here to Read More 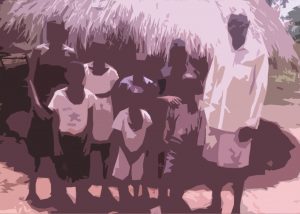 NAIROBI, Kenya, May 12, 2017 (Morning Star News) – A pastor in eastern Uganda who relocated after an Islamist attack has had to shift to yet another site, but he can only visit his family there briefly as his life is in danger, his wife said. 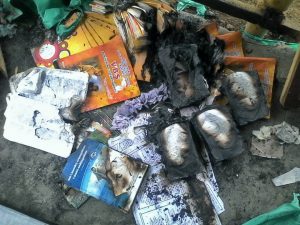 HYDERABAD, India (Morning Star News) – Hard-line Hindus in southern India, upset that members of their caste-based group have become Christians, burned down a church building and the pastor’s home this month, sources said.

After pastor John Muller and his pregnant wife left for a store on May 3, the assailants in Tamil Nadu state’s Attipattu village, Cuddalore District, set fire to their church building and adjoining home, Pastor Muller told Morning Star News.

Christians advised to hide their crosses. Breitbart News – Christians in Sydney, Australia, are being advised to hide their crosses after an Arabic-speaking gang shouting “F*** Jesus!” attacked a couple on a train while transport officers looked on from a “safe space” and did nothing. The Sydney-based Daily Telegraph – a News Corp outlet unrelated to the Telegraph Media Group … Click Here to Read More

A June 13, 2016 letter from the Executive Corporation for the Protection of Government Lands, Environment, Roads and Demolition of Irregularities of Khartoum State reveals the names and locations of 25 church buildings marked for demolition, most of them in the Sharq al Neel (East Nile area) locality of Khartoum North. The government reportedly claimed the churches were built on land zoned for other uses, but Christian leaders said it is part of wider crack-down on Christianity.

‘I am not going to wait for death. These people are ruthless’ (Jerusalem Post) Christian families and students fled Egypt’s North Sinai province in droves on Friday after Islamic State killed the seventh member of their community in just three weeks. A Reuters reporter saw 25 families gathered with their belongings in the Suez Canal city of Ismailia’s Evangelical Church … Click Here to Read More

HYDERABAD, India (Morning Star News) – A week after a pastor fell into a coma following harassment by hard-line Hindus in southern India, a gang of Hindu extremists in the same state beat another pastor after he prayed for healing at the home of an elderly church member, family members said.

At least 900 Christian churches have been destroyed at the hands of Boko Haram in northern Nigeria, as part of the Islamic radical group’s campaign to drive out all Christians from the north, the youth wing of the Christian Association of Nigeria reported.

The approximately 90 Muslims broke into the evening prayer meeting of Katira Church of Uganda, in Katira village, Budaka District at about 8:30 p.m. on Jan. 15 and beat them with clubs and sticks, area sources said. Previously Muslims had only thrown stones at the roof of the church building to disrupt church services of the 500-member congregation, villagers said.

In an exclusive interview with The Brody File, President Donald Trump says persecuted Christians will be given priority when it comes to applying for refugee status in the United States. “We are going to help them,” President Trump tells CBN News.

Click Here to Read MorePresident Trump: Persecuted Christians will be given Priority as Refugees