keep right on promoting and watching their Witchcraft laced programming—that is grooming your Child or Grand Child—to be a Homosexual, Lesbian, Pedophile, Witch, Satanist, and a Hater of the Living God! 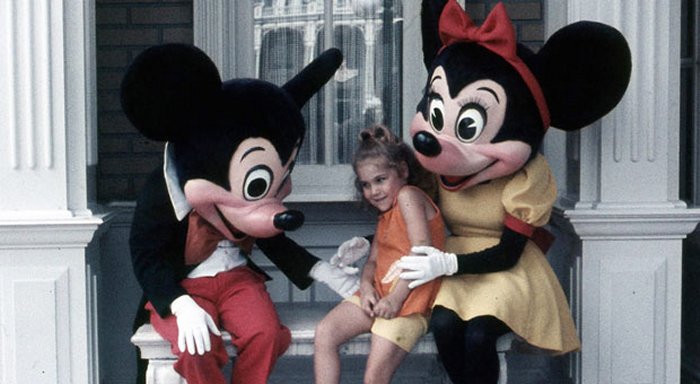 YOU ARE PART OF THE PROBLEM if you allow your Child or Grand Child to watch ANY of this UN-Godly spawn from Hell. YOU WILL be held accountable!

You may want to read this before continuing. Disney has a long history of sexual perversion in their ranks!

The Disney Kingdom is a Pedophile Hell Hole

Jay Greenberg | Neon Nettle – Disney is launching a campaign to promote life-altering sex-change surgeries for children and is vowing to “take action” against anyone who tries to protect minors from undergoing transgender medical procedures.

Sources reportedly told The Daily Wire that Disney leadership announced the plan during a company-wide meeting with staffers on Monday.

The company’s leaders told staffers that they will be “taking action” against Texas over the state’s order to investigate sex-change operations on children as child abuse.

The meeting was led by Disney CEO Bob Chapek.

He reportedly started by reiterating his apologies for the company’s initial refusal to take a public stand against Florida legislation that protects young children from adult themes at school.

The legislation bans classroom discussion about sexual orientation or gender identity with kindergarten- to third-graders enrolled in public schools.

According to the insider, Chapek said that he appreciates the feedback he’s received from “LGBTQIA+ employees” and admitted that he made mistakes in addressing the “Parents Rights in Education” bill.

However, he said that “the pain this community experienced was not just about this one piece of legislation but about not being there anytime this community has been hurt.”

According to the insider, Chapek said that he appreciates the feedback he’s received from “LGBTQIA+ employees” and admitted that he made mistakes in addressing the “Parents Rights in Education” bill.

However, he said that “the pain this community experienced was not just about this one piece of legislation but about not being there anytime this community has been hurt.”

As The Daily Wire previously reported, a group of companies has already come out in favor of trans surgeries and hormone treatments on children, including Apple, Macy’s, Ikea, and Google.

An ad signed by more than 60 businesses insists that “discrimination is bad for business.”

The ad goes on to say, “The recent attempt to criminalize a parent for helping their transgender child access medically necessary, age-appropriate healthcare in the state of Texas goes against the values of our companies.

“It’s not just wrong, it has an impact on our employees, our customers, their families, and our work.”

Unlike those companies, however, Disney’s key customer bases include parents, who may take issue with the company’s stance.

The Disney employee who blew the whistle said that he walked away from the meeting with one conclusion: “This is a complete institutional takeover.